Established in 1981, the Gulf Cooperation Council (GCC) is a political and economic alliance of countries in the Arabian Peninsula - comprising Bahrain, Kuwait, Oman, Qatar, Saudi Arabia and the UAE - designed to foster socioeconomic, security and cultural cooperation. The blockade on Qatar has raised questions of whether the GCC still has a relevant function and role in the region.

The African Development Bank projects faster GDP growth in North Africa higher than the African average, at 4.3 percent in 2020. Focus Economics expects a much lower number, 2.3% (see bar chart). Consider the source... Either way, growth expectations are uneven- much stronger in Egypt and Mauritania, improving somewhat in Morocco and Tunisia, slowing in Algeria and Libya. Economic growth is set to accelerate notably in 2020 on an expected increase in oil production. However, risks are skewed to the downside; geopolitical threats remain high (hey, it's the Middle East) and an uncertain global economic outlook could dampen global demand, especially for oil.

Inflation in MENA declined further in September to 5.9% from 7.1% in August, a 13-month low. However, inflation will rise in most countries in 2020 due to stronger economic growth as described in the country-specific items below. However, overall, political deflationary pressures in Egypt and Iran will moderate it.

In the Fall of 2019, Israel’s Central Bank left its key rate unchanged. In Lebanon, the Central Bank is under pressure to cut debt interest payments to plug the government’s fiscal deficit. The dire economy and shortage of USD may lead it to devalue its currency.

FDI flows to North Africa climbed by 7% to $14 billion., dominated by Egypt (the largest FDI recipient in Africa) and Morocco. However, investments in Egypt contracted from the year before (down by 8% to $6.8 billion).

Growth was mixed in the third quarter - strong private consumption but fixed investment and exports contracted sharply. In October, both consumer and business sentiment slowed, and merchandise exports plunged. Foreign Direct Investment in Israel increased by 46B in the second quarter of 2019.

Oil production continued to decline in year-on-year terms in the July–October period, while oil prices remained below last year’s levels throughout the same period. However, the non-oil sector economy appears to be in good shape, with the non-hydrocarbon PMI hitting a four-year high in October. The main downside risks include lower demand for oil, due to both subdued global growth and an extension of the OPEC+ deal (if the other producers stick to it)

Economic reforms under the Saudi Vision 2030, however, could boost long-term growth. Expect growth of 2.0% in 2020 Aramco priced its IPO at 32 riyals ($8.53) per share last Thursday, the top of its indicative range, the company said in a statement, raising $25.6bn, barely beating Alibaba's record $25bn listing in 2014. At that level, Aramco has a market valuation of $1.7 trillion, comfortably overtaking Apple as the world's most valuable listed firm. The IPO is designed to kick start Prince Mohammed's ambitious economic reform agenda by raising billions to build non-energy industries and diversify revenue streams (oil accounts for 87% of Saudi budget, and 42% of GDP.)

In the first week of December, Saudi Arabia surprised the oil market by promising significant additional production cuts of 400,000 barrels a day - beyond what was agreed with fellow OPEC members.

Foreign Direct Investment in Saudi Arabia increased by $1.07B in the second quarter of 2019.

Dubai has recorded strong growth in foreign direct investment (FDI) in the first half of 2019 with the Emirate attracting FDI projects worth Dh46.6 billion, a growth of 135 percent compared to the same period last year[1], according to Dubai Investment Development Agency (Dubai FDI).

Growth is expected to slow further. The non-oil sector PMI posted the joint-lowest reading since May 2010, due to poor demand and weaker output growth. Growth should accelerate next year as Expo 2020[2] bolsters the tourism sector. That said, geopolitical tensions in the region and a potential further extension or deepening of OPEC production cuts pose downside risks to the outlook. Meanwhile, volatile oil prices represent a degree of uncertainty for the UAE economy.

Football diplomacy? Saudi Arabia, the United Arab Emirates and Bahrain have said they will participate in this month's Gulf Cup football tournament in Qatar. As leaders prepare to convene the 40th Gulf Cooperation Council (GCC, see region intro) summit on Wednesday, a possible resolution to the blockade on Qatar that has lasted more than two years will dominate discussions, analysts say.

Yet an announcement of restoring "brotherly" relations is not expected at the one-day summit, given the many obstacles that still need to be overcome.

Oil production continued to decline in annual terms through October, as Kuwait over-complied with OPEC+ production cuts, which will have hurt the energy sector. Moreover, credit growth shrank in the third quarter relative to Q2, which dampened the performance of the non-oil sector. A solid labor market and still-low inflation have supported private consumption. In 2020, the economy is expected to gain some momentum due to a slight recovery in the oil sector. However, volatile oil prices and possible further OPEC+ production cuts, combined with regional geopolitical tensions, create downside risk. Expect growth of 2.2% in 2020.

As an aside, the government resigned in mid-November after Parliament filed a no-confidence vote in the interior minister. Foreign minister Sheikh Sabah al-Khalid al-Sabah was swiftly appointed as the new prime minister. Unlike the political turmoil in Israel, the Kuwaiti economy is unlikely to be affected by these events.

Foreign Direct Investment in Kuwait decreased by 23 KWD Million in the first quarter of 2019 following several prior contractions.

Most central banks in MENA manage currency pegs, mostly against the USD or a basket of currencies which include the USD and/or the EUR, and thus lack independent monetary policies. These include: Algeria, Libya, Yemen, Syria, Saudi Arabia, Jordan, Lebanon (but see above on possibility of devaluation), Oman and Iraq.

The few floating currencies in the region are EGP, ILS and MAD (Moroccan Dinar). The MAD volatility is only 1.4%/mo and the ILS similar at 1.5%/mo. 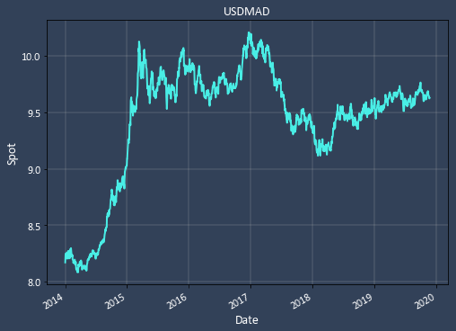 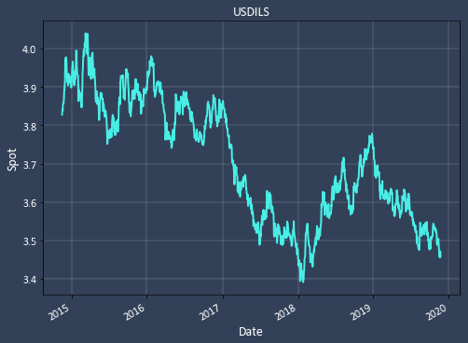 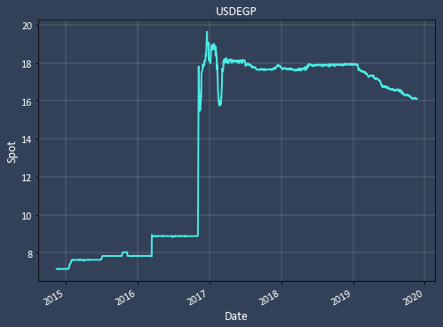 As with all of our regional reports this is just a taster. If you would like to discuss anything more on the region above or any currency for that matter please do not hesitate to reach out to us directly.

info@deaglo.com or book a time with using the following button below.

Tips for Swiss Banking - is there a better way?

Brazilian Funds - Do I need to set up a USD share class?